A week with Kia’s 360hp Stinger GT corrupted me 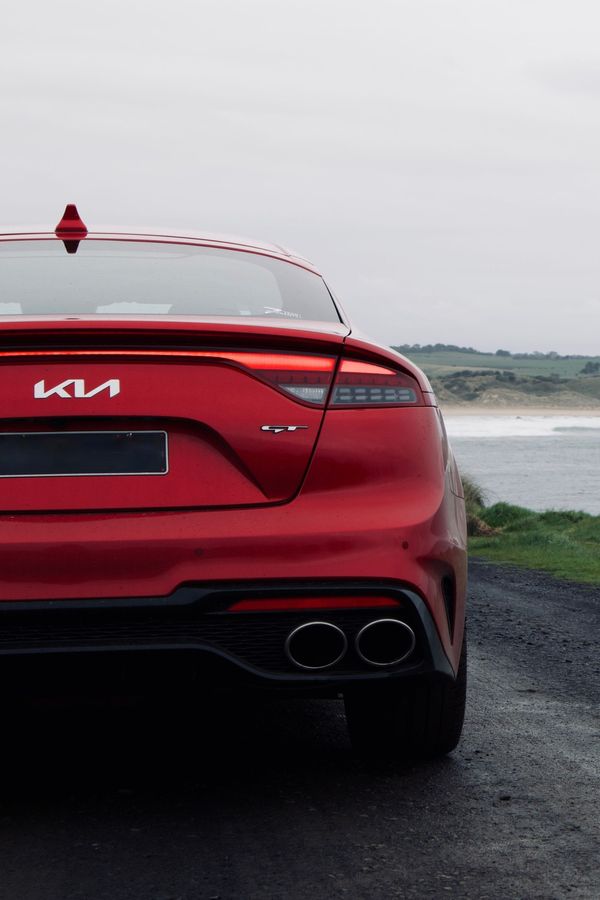 Immediately after taking delivery of the Stinger GT, I did what any sensible person would do when getting into an unfamiliar car with more than four times the power of their daily driver: I floored it.

For a brief moment, not much happened. Sure, the gearbox kicked down and the exhaust blared, but we hardly moved. And then the car hit 3000rpm, at which point the Stinger GT’s two turbochargers woke from their slumber and sucker-punched me in the chest. Hard.

For a power virgin like myself, Kia’s claim that the GT’s twin-turbocharged 3.3-litre V6 produces 274kW (367hp) and 510Nm (376 lb-ft) is meaningless. It was not until I sat in the driver’s seat that those numbers began to make sense. And it soon became apparent that 274kW was more than my inexperienced hands could manage.

...it soon became apparent that 274kW was more than my inexperienced hands could manage.

As the Stinger accumulated speed, my brain presented me with disturbing visions to dissuade me from my perilous mission. I saw my license evaporate before my eyes. I saw my mother (teary-eyed, might I add) standing beside my grave. I saw my father waltzing around his new man cave (i.e., my bedroom) stark naked.

I took the hint and lifted off the throttle.

This car has given me crippling anxiety. My heart is constantly trying to punch itself out of my chest. My hair has begun falling out in clumps. I’ve aged twenty years. And it’s all because of the power, the terrifying, corrupting power. The GT dares you to drive it hard. It prods you in the chest and asks you to man the hell up.

In a world of 700kW EVs, it's tempting to dismiss the 274kW GT for being a little off the pace. You shouldn’t, though. The GT’s twin-turbocharged V6 is a powerhouse and capable of launching it from naught to 100km/h in 4.9 seconds.

It doesn’t run out of steam easily, either. Even when venturing beyond the national speed limit, the GT continues to accrue speed at a remarkable rate. Allegedly…

The GT has left me shaking. I vow never to speed again.

Day 4: More than a one-trick pony

The GT is a superb daily driver. Its eight-speed torque converter automatic transmission operates smoothly and the Australian-specific suspension system does an admirable job of soaking up the worst road corrugations, particularly when put into Comfort mode. And while it’s the size of a cruise liner, it isn’t particularly difficult to manoeuvre.

More than that, though, the GT is a lovely place to spend some time. There is Apple CarPlay. Most of the key touch points are metal, leather, or suede. You sink into the sports seats like you do in an Eames armchair and the headrests caress the back of your head like a Thai masseuse. And the flat-bottom steering wheel with heated functionality can double as a rotisserie for chicken on a long drive.

Unless you’re a masochist, you should avoid Sport mode entirely. In this mode, the Stinger becomes all but useless. The steering takes on an unpleasant heft, the exhaust emits a droning noise that resembles a tone-deaf trombone player, and the driver’s seat tightens around your kidneys to the point of internal bleeding. Then you hit a pothole, at which point your spine shoots out the top of your head because the Stinger’s onboard engineer has thrown away the car’s suspension system entirely. Honestly, every speed bump becomes a bone-shattering quake registrable on the Richter scale. And then, just as you’re pulling out the final pieces of your spine from the back of your throat, you realise that you have shunted the car in front of you because the throttle has become an on-off switch; if so much as a breath touches the throttle, the Stinger will light the afterburners and send you into the nearest hedge.

For the most part, you’ll want to keep the GT in Comfort mode. However, if you want to drive *ahem* enthusiastically, it’s worthwhile delving into the Stinger’s menus and setting up a Custom drive mode. This allows you to set the suspension and steering to Comfort and the powertrain to Sport. Do this and the GT rides with far more compliance while retaining a dynamic sharpness that would make the Germans blush.

I’ve provided numerous passenger rides and not one person has stepped out of the GT without a grin on their face. Everyone who took a ride in the GT transformed into a cackling mess of hysterical ecstasy when I planted the throttle. The general public simply isn’t accustomed to this level of performance.

Like a ramshackle cage for a T-rex, the GT’s traction control system does an admirable job of containing its firepower, but only just.

Like a ramshackle cage for a T-rex, the GT’s rear tyre tread (255/35) and traction control system do an admirable job of containing its firepower, but only just. Plant your right foot and the car responds with a slight chirrup of the rear tyres before sodding off into the distance. However, turning off the traction and stability controls isn’t necessarily a death wish. A wide open space, Scandinavian flick and stab of the throttle are more than enough to send the GT into a controllable, graceful slide. Not that I’d know, of course. Being an upstanding citizen and all that.

The problem is you have no idea what the front tyres are up to. The steering is weighted nicely, but it is also devoid of communication. Thankfully, the word ‘understeer’ isn't in the GT’s everyday vernacular and the driver's seat is constantly relaying information from the rear tyres, letting you know whether they're sticking or about to raise a white flag.

There is no nice way to put this: the GT sounds sh*te.

Up until 3000rpm, the GT grumbles like a senile old man with gastrointestinal issues. Keep the throttle pinned and the noise takes on a more ragged note that sounds strained. Shame.

Despite being partly developed on the Nürburgring, the Kia Stinger GT is emphatically not a sports car. Sure, it’ll roll up its sleeves and hurry along when you want it to, but you get the sense that it tolerates rather than relishes the experience.

The gearbox is certainly happier when left alone to its own devices. Pull one of the GT’s paddle shifters and it will assure you that you are now holding the gearbox’s reigns. But you aren’t. It’s lying to you. Floor it while in one of the higher gears (in manual mode) and it’ll change down for you. And that’s just not on.

However, a short trip to Phillip Island highlighted that the Stinger GT is a fantastic long-distance cruiser. Not only does it ride with aplomb, but it also has the rare gift of making you feel more relaxed at the end of your trip than when you started. The only bugbear is it drinks fuel (91+RON) at a rate that would give the good people at Alcoholics Anonymous cause for concern. The best I saw was 9.7L/100km. The worst? High enough for me to go through half a tank before supper.

This car has corrupted me. Whereas I was frightened by the power, now I am merely bemused by it. I want more.

What a cracking car the Stinger GT is. A jack of all trades, sure, but it's a master of some, too. Long-distance travel and delivering outstanding bang for your buck ($64,960 before on-road costs) come to mind.

While the brand is unrecognisable from what it was ten years ago, for some, the name ‘Kia’ evokes feelings of drudgery and disappointment. If badge snobs could look past the badge, they’d find a proper performance sedan, one that doesn’t just rival the Germans but obliterates them. To get this level of performance from an equivalently sized Mercedes E-Class, for example, you have to spend upwards of $100,000. And even then, you might be left wanting.

It's not just good for a Kia. It's good, full stop.

The Stinger GT was Kia’s New Testament moment. When everything it was building towards came to fruition. It wasn’t just good for a Kia. It was good, full stop. And the latest 2022 model is the best one yet.

Become a member (it's free!)
⚡
Want to find out more about the 2022 Kia Stinger GT? Read my formal review here.
Share this post
The link has been copied!


The Porsche 911 GT3 RS is a sports car for masochists


Taste Police: The Ariel Hipercar has a face not even a mother could love 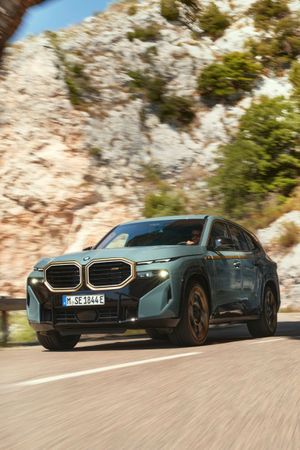 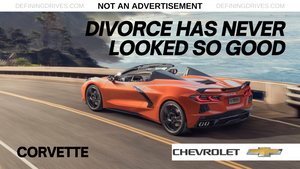 If Chevrolet ads were honest

If Alfa Romeo ads were honest